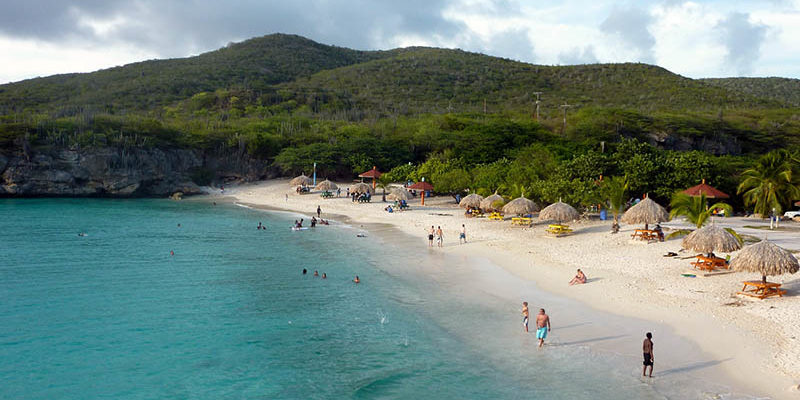 Paris – Tsunami waves unleashed by the collapse of an unstable volcano on the Caribbean island of Dominica would hit the highly populated coast of nearby Guadeloupe within minutes, according to a new study.

“It’s not a case of ‘if’ this landslide and tsunami will happen, but ‘when’,” lead researcher Richard Teeuw, a geologist at the University of Portsmouth, said in a statement on Tuesday.

“The trigger will probably be a major earthquake, occurring after the heavy rain and coastal erosion of the hurricane season. It could happen in a hundred years or it could happen next week.”

Up to 30 000 residents and tourists along the coast of Guadeloupe, a French territory 50km north of Dominica, would have almost no time to seek higher ground, according to the study.

A million-ton chunk of rock from the unstable volcano, called Devil’s Peak, is poised to crash into the sea, and would produce tsunami waves up to three metres (10 feet) high, the geologists calculated.

Such a landslide could also weaken an additional three million tonnes of rock upslope, potentially resulting in larger waves of up to five metres (16 feet).

The result would likely be severe property damage and possible loss of life, according to the study, published in the newsletter of the American Geophysical Union.

“Guadeloupe is a densely populated island with popular tourist beaches, many of which are wide with low angle gradients,” a perfect setting for so-called “tsunami run-up” and increased wave heights, Teeuw said.

“This part of the world is well-prepared for hurricane hazards, but is relatively unprepared for the rapid impact of a tsunami.”

In places, there is no protection from coral reefs which otherwise might absorb some of the tsunami wave energy.

The unstable rock formation on Devil’s Peak was left exposed several thousand years ago after an earlier collapse. Since then, coastal erosion has undercut cliffs under the volcano.

Teeuws and colleagues made their discovery after carrying out geological surveys backed up by 3-D images from Google Earth, which show clearly visible tension cracks.

A survey next year will assess the seafloor along the margin of the volcano to better estimate the likelihood of a tsunami event.

Dominica has the highest concentrations of potentially active volcanoes in the world. The area is regularly exposed to hurricanes and occasional severe seismic activity.

11 thoughts on “Tsunami threat in Caribbean”