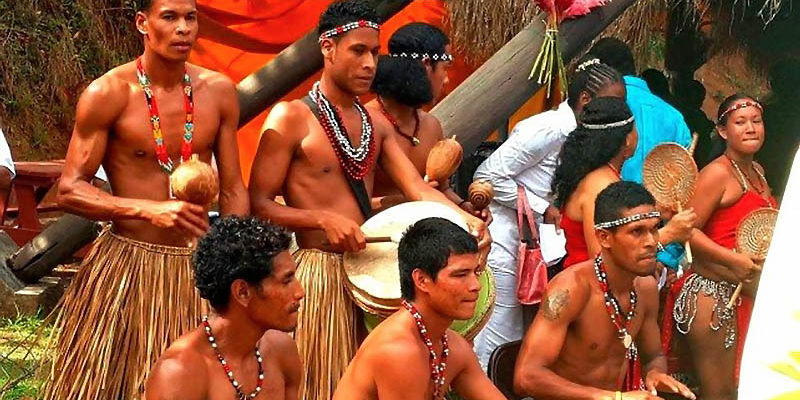 The 1978 Carib Act designated the lands of the Territory as the “Carib Reserve,” and provided for the governance of these lands by an elected “Carib Chief” and “Carib Council.”

The term “Carib” has its roots in colonial times, first utilized to refer to the indigenous people of Dominica as cannibals, and is laden with derogatory connotations. Accordingly its continued use does not foster a sense of ethnic pride among the Kalinago people, and hinders attempts to increase the awareness and appreciation of Kalinago people and their contributions by the Dominican community-at-large.

Therefore, while the official designations of the Territory, the Council, and the Chief retain the reference to “Carib” ascribed in the 1978 Act, the Council announces that it has written to the Ministry of Tourism and Legal Affairs, with a copy to the Ministry of Carib Affairs, requesting that these archaic and outdated references to “Carib” in the Act legally be replaced and substituted with the term “Kalinago.”

While the Council awaits for such changes to be enacted officially, it announces that beginning today it will no longer use the term “Carib,” and instead, will refer to the lands of the Reserve as the “Kalinago Territory,” the governing body as the “Kalinago Council,” and its head as the “Kalinago Chief.”

We urge government officials, members of the media, and all residents of Dominica to recognize this name-change in referring to the Kalinago people, the lands of the Reserve, and the local governing body and the Council Chief

3 thoughts on “Indigenous people of Dominica name changes to Kalinago”