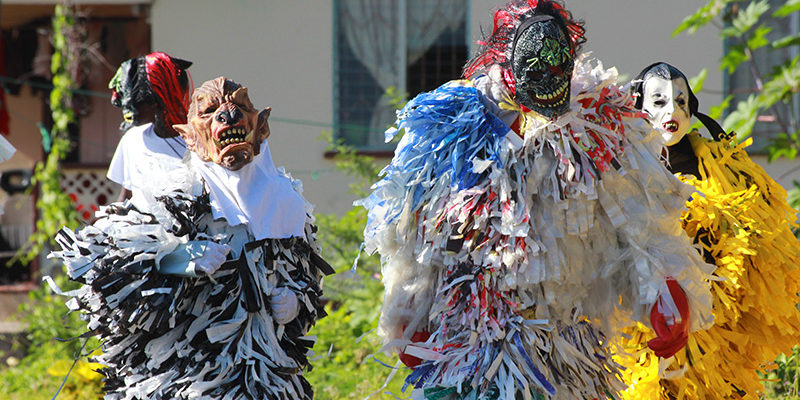 Carnival in the West Indies is like a tree with buttress roots. History will force one to see that Carnival did not begin with our African ancestors. Rather, the Europeans were known to have celebrated this ‘freedom of the flesh’ prior to the Lenten season since the 4th Century. The Africans however, being enslaved in the Caribbean, were known to have carnival since emancipation in 1838. It is no wonder people have argued whether the festival is of historical or religious origin. Truth is though, this festival, as celebrated in Dominica, is a combination of both history and religion. The Europeans, most of whom were Roman Catholics, had celebrated carnival as the day before they would stay away from meat, as well as all fleshly desires. Africans on the other hand, are well known for their pulsating rhythms as they shake their bodies to the beat of their drums. Both people lived in the West Indies during the slavery period, and so, Carnival celebration in Dominica arose as a result of the influence both ethnic groups.

On July 31, 1834 the Emancipation Act came into effect. With this, as of midnight, the now ex-slaves took to the streets in celebration. However, the slaves were soon brought back into a state of slavery without the chains, as they were made dependent on the white planters, and felt forced to work on the plantations. This system of Apprenticeship, a period in which the ex-slaves would gradually grow into a state of self-sufficiency, was supposed to last until 1840. However, visits by special magistrates to the Caribbean during that period proved that they were, hypothetically speaking, still slaves, because of how the planters treated them. The metropolitan countries then aborted the apprenticeship system two years earlier, bringing it to an end as of August 1, 1838.

At midnight, having thanked their gods for freedom, slaves took to the streets once more in emancipation celebrations. Shouts of joy rung across the islands of the Caribbean as slaves shook their bodies to the rhythms of their drums. This celebration which is in August, while in some countries like Antigua, is still called Carnival, in Dominica, it is known as Emancipation celebration. Dominica, like Trinidad, had chosen to walk the ways of the Roman Catholic Europeans. Carnival celebrations was therefore made a religious festival whereby citizens could free the flesh, and revel for, come Ash Wednesday, the Lenten season would commence, and they would have to put away all fleshly desires for forty days and nights. And so it is, Carnival in Dominica came about, to run for about thirty days before Ash Wednesday.

1 thought on “History of Dominica Carnival”