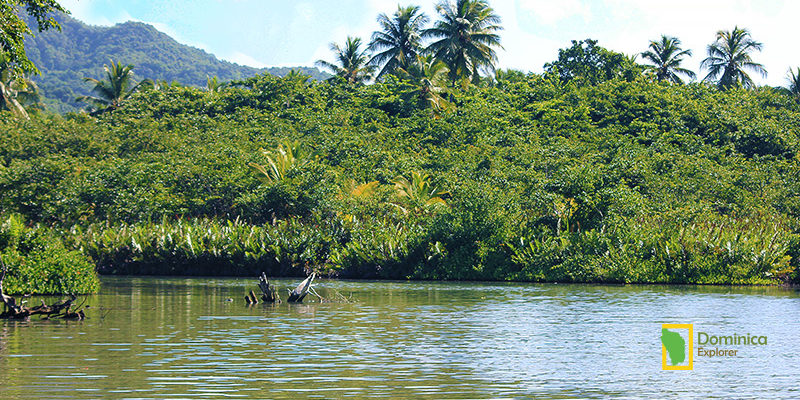 The Indian River is like a mini Amazon teeming with life – situated in the center of the town of Portsmouth to the North of Dominica.

The  river was name  Indian River after  the settlements of the Kalinagos formally known as  Carib Indians  that existed on the upper banks  of that river.

The Indian river gushes down the Morne aux Diables  Mountain range and  meanders to the  gently lowlands of Portsmouth  where it flows gracefully into the Caribbean sea. Due to its’ unique formation,  being below the sea level the water at the lower areas of the rivers  is  brackish, contributing to its unique vegetative growth and life forms.

The Indian River showcases Flora and Fauna that are very unique to that area of Dominica , some  of this variants including  Herons , King fisher, iguanas , varieties of birds.

At the top of the river sits a bar that serves a really bizarre menus and dish up some of the hottest local rum. There are lots to see and much  history to learn so its vital that you take along your camera.  Some of scenes in Pirate of the Caribbean was shot there.