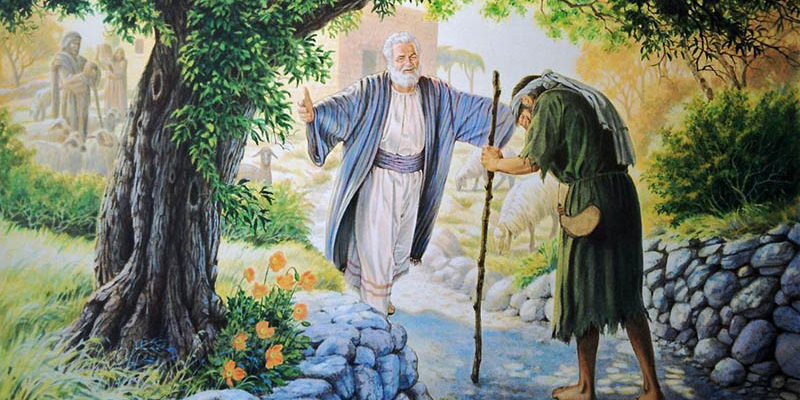 ‘When he was still a great way off, his father saw him and had compassion [on him]’ Luke 15:20

Jesus told a story about the importance of being in relationship with God (read it in Luke 15:11-32). It begins with a son asking his dad for an inheritance even though dad hasn’t died. He gets what he wants, flashes the cash, living it wild in a place far from home.

Soon, the bank balance hits the red and the kid finds himself out on his own, far from where he used to be, reduced to desperate measures. What’s the problem here? Is it the taste for loose living? Is it that the money has run out? Or is it the kid finds himself miles away from where he should be? Obviously, the taste for casinos, casual sex, drugs and alcohol are major symptoms but the root of the problem lies in where the runaway son has found himself – miles away from his father’s house.

After all, would the kid be living a riotous life if he was in relationship with his father? Does any of this strike a chord with you? Perhaps, the problem isn’t your long list of wild party living antics – the real problem is you’re no longer in relationship with God. So, you’ve found yourself a long way from where you should be; you’ve done stuff you never dreamt you’d do.

What now? Leave it all behind, start those first steps back to a relationship with God. He’s seen you a long way off and he wants you back home. You’ll find Him running towards you.

2 thoughts on “Come Home – The Story of the Prodigal Son”