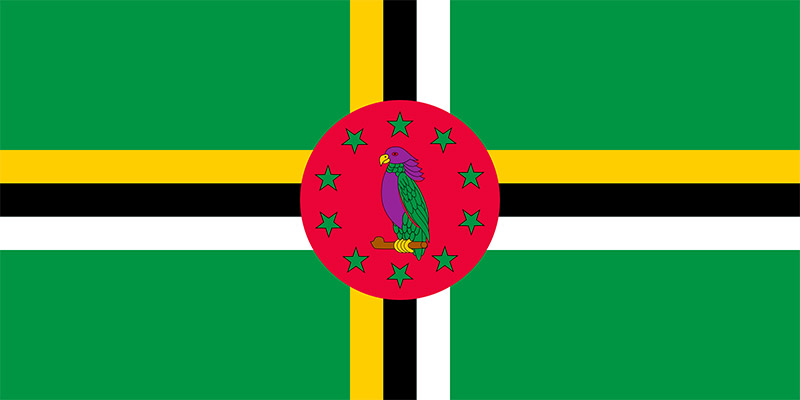 November 1st 2013 has been observed as Flag Day or Jounen Dwapo as called  locally  in our mother tongue on the commonwealth of Dominica. Flag Day is part of  Dominica Independence celebration

According to Local historian Lennox Honychurch, Dominica’s flag was originally designed by artist and playwright Alwin Bully in early 1978 in preparation for the gaining of independence from Britain later that year however cabinet made certain small alterations to the original design throughout the years being as late as 1988.

The flag of the Commonwealth of Dominica consists of a circular emblem of red bearing a Sisserou parrot (Amazona imperialis) standing on a twig encircled by ten lime green stars. This is superimposed on three vertical and three horizontal stripes of yellow, black and white forming a triple coloured cross against a general background of forest green

On Flag day Dominicans at home and in the diaspora are urged to fly the flag of the commonwealth of Dominica as a sign of patriotism.