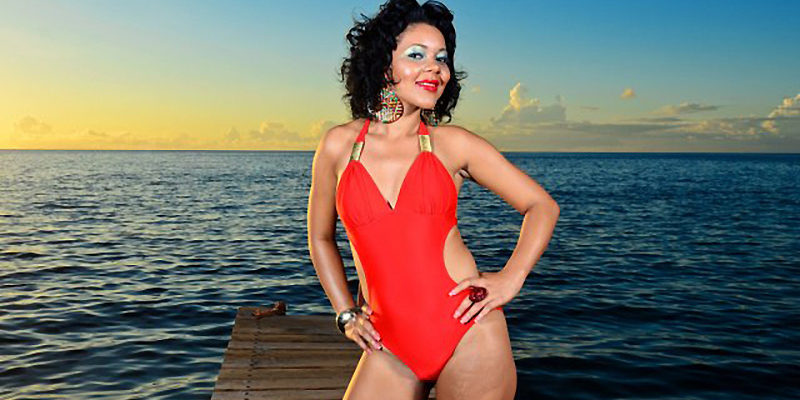 On the seventeenth of August 1989 at 12:08 am under the peridot stone, this
fiery lioness was born to Merle Durand of San Sauveur and Paul Noel of
Georgetown Guyana at the San Sauveur health center. Being the fourth of her
mother’s six children, she also came from a background of five cultures ;
Egyptian and Indian on her father’s side, and Kalinago, black and white on
her mother’s side. This star was none other than me; Fatima Noel, and here
is the journey of my life. Two years after,  mother gave birth to two other boys. Growing up with four brothers, I was taught all of the tricks u should know

My mother, Merle Durand left Guyana to give birth to me in Dominica, and at
that time my father, Paul Noel left for Pakistan.  As a result, I never
knew him at birth.  At the age of two, I moved to Gallion with my mother,
step-father, one sister, and then Two brothers to begin a new life.
Two years later,  mother gave birth to two other boys. Growing up with four brothers,  I was taught all of the tricks I needed to know, from playing marble hole, to climbing guava, kennip , mango and cashew trees. They even taught Mr to use gum from breadfruit trees to set traps for catching birds, playing cricket,  and walking thirty minutes to the garden. On Saturdays I would accompany my parents to the market, and was the cashier from 3 am until we left foe the day.

I attended the Soufriere Primary School for seven years, during which I was always the most outstanding student of every class I went through and placing first every term.  Furthermore, I represented my school in spelling b competitions nationwide, athletic competitions as a 100 meter runner, as well as in singing competitions  with the school choir. Participating in my primary school’s princess show is also a great experience I remember where I emerged third runner up. At age nine, being a vibrant and frequent church member, I was asked to become the youth Sunday school teacher which I happily accepted, as well as leader of the church choir.

After common entrance examinations,  emerging the top student in my primary school, my grandparents rewarded me with a ticket to visit them in the United States of America which gave me the opportunity to meet my father for the very first time.  I returned home after six weeks to begin my journey at the Dominica Grammar School.  Some of my fondest Secondary School memories are : my active involvement in the school’s Bible club, choir, Netball team, and prefect for three years. I also remember leading worship in assemblies on chosen mornings.  I have a passion for cooking and as result ensured that I did food and nutrition as a core subject, in addition to Accounting with my aim to become a professional chef, and managing my restaurant in the future. My passion for Business management was excercised at an early age when my mother placed me as store manager for her small business ‘flowers ‘ plus. She recognized the potential in me and immediately started developing and pushing me towards my passion.  I graduated from the Dominica Grammar School in 2006,  and received a scholarship from the First Caribbean International Bank to assist with my pursuance of an Associates Degree in Business Administration.

I began assisting the bank during my breaks from school  with their annual ‘Unsung Heroes ‘ program, and was temporarily hired a few months after as Branch Ambassador.  After six months,  I was employed full-time as a customer service representative.  At that time,  I was also a member of the sixth form sisserou singers  which allowed me to do what I love best,  singing.  Nevertheless, in September 2011,  I resigned from the bank to assist my grandmother who then suffered two heart attacks in Florida.  I returned to Dominica after five months and commenced employment at Clear Harbor.  I have a great passion and love for singing, composing my own songs, and travelling.  I have been honored to get as far as the semi finals in the Q95 talent search in 2012.

One if the things that I really aim to accomplish during and after my journey as miss Dominica 2013, is to reach out to the many individuals who have gone through